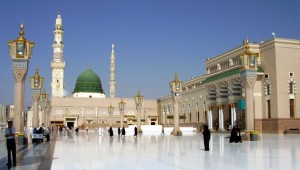 Praise be to Allah, Who has granted Friday to us as a day dedicated to His Worship, a day dedicated for us to focus and reflect on the Hereafter, the Great Gathering. A day that will wash away the sins of past days, a day wherein contains a moment when our prayer is not rejected (mustajab), a day that if observed with proper adabs/sunnahs with sincerity (i.e. to get closer to Allah and eliminate the lower self) will be a light for the other days. It will provide madad ie. assistance from Allah himself. This is in the form of increase in knowledge, faith, certainty etc.

May Allah assist us in practicing at least one of these adabs. Amin

The following are excerpts from a treatise by the Wali Allah Abu ‘Abd Ar-Rahman As-Sulami Al-Naysaburi may Allah be pleased with him.

Know that utter need (faqir) is one of the traits of servanthood where there is neither arrogance nor pride, but rather humble submission and compliance. “Allah coined a similitude: [two men, on the one hand] a [mere] chattel slave, who is capable of nothing and a [free] man upon whom we have bestowed goodly sustenance [as a gift] from Ourselves, so that he can spend thereof [at will, both] secretly and openly. Can these two be deemed equal? [16:75]

Therefore one who imagines that he is capable of something, and claims for himself a spiritual state, station, or degree, is devoid of the traits of servitude – faqir i.e. utter need (for Allah).

Ruwaym, when asked about faqir replied, “It is that you find excuses for your brother’s mistakes, while behaving with them in a manner that requires no excuses  [from them].”

Muhammad ibn Abi al-Ward said: “Part of…faqir is abstaining from blaming and condemning those who are afflicted by seeking [gain in] the world, having compassion and sympathy for them , as well as praying that Alllah give them rest from their fatigue.”

“The Faqir has neither deceit nor malice in his heart towards anyone, the sincerity of his actions is not sullied by people’s awareness of him, people’s praises do not effect him, and he does not slacken [in his ‘ibadah] when he is by himself.”

“…they know how incapable they are of fulfilling what is demanded of them [on the spiritual path] and thus are free from pride.”

“The origin of every temptation is in forgetting Allah; for one who forgets Him, He causes to forget his own ego-self. As Allah ta’ala mentioned: “Be not as those who have forgotten Allah, and whom He therefore causes to forget themselves.”[59:19] When the ego-self is forgotten and not kept in close watch, it runs wild and this is the source of every bad and reprehensible actions/moves/thoughts/speech.

Therefore if we forget Him recall this verse, ‘And call your Rabb i.e. Lord to mind when you forget, and say. “I hope that my Lord will guide me ever closer (even) than this to the right road.”” [18:24]

The one who remedies himself until he removes all these causes (ignorance, weak faith, long hopes and eating syubhah food) by doing their opposites in the manner that we have mentioned, will become…never tire of his acts of obedience nor ever get bored from any good thing. He would neither be attracted to nor find comfort in passionate desires and ephemereal pleasures . However, one should not expect this in his initial stages for it is only achieved after much struggle; such is the pattern that Allah has created “And you will find no changing in Allah’s wont” (wa lan tajida lisunnatillahi tabdiila) [33:62]. 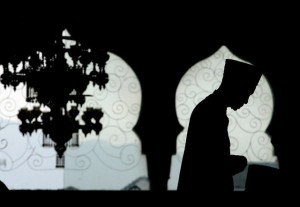 A man should first of all avoid all transgressions, wean himself from passionate desires and strive against the heaviness and the difficulties of presevering in obedience ta’at, until he proves the sincerity of his approach to Allah ta’ala, Transcendent and Exalted is He and his desire to reform his heart and improve his condition. Allah will then look upon him and cover him with His invisible solicitude/care. He will then find such delight and pleasure as cannot be exceeded in acts of obedience and goodness and such extreme bitterness and aversion for passionate desires that for these to simply cross his mind would become unimaginable.

That is Allah favor which He bestows upon whom He will. He has said, Blessed and Exalted is He : “Those who strive in Us, We shall guide them on Our paths” [39:69]

-Excerpt from “The Sublime Treasures, Answers to Sufi Questions” by Imam Al-Haddad translated by Mostafa al-Badawi.

Imam al-Haddad was asked about the cure for those who feel lazy to perform their religious duties (i.e. divine worship etc.) and are easily swayed by their lusts. He replied: —
Know that laziness and giving in to one’s lusts are caused by 4 things. (1) ignorance, this can be overcome by seeking beneficial knowledge; (2) weak faith, this can be overcome by reflecting about the Allah’s Power and Signs manifested in the heavens and the earth and diligently performing good acts (optional prayers, fasts, charity etc.); (3) long hopes, overcome it by reflecting upon death and realize that death can come at any time, and (4) consumption of syubhah food (i.e. food which is not clearly halal or haram/forbidden), this can be overcome by being cautious and taking less food.

END_OF_DOCUMENT_TOKEN_TO_BE_REPLACED

1. The Prophet’s (peace and blessings be upon him) cousin, Ibnu Abbas said : “There are five acts which I love more than horses which tamed and ready to be ridden, they are, 1- to avoid talking about things that are of no benefit to myself, 2- to avoid arguing with the ignorant and the soft-spoken ones. The soft-spoken person will then harbor anger against you within him/herself while the ignorant will hurt you with his/her words. 3- to describe about a friend who is absent, with words that you like him/her to describe yourself in your abscence. 4- interact with your companions the way you want them to interact with you. 5- do anything while keeping in mind that acts of good done will be recompensed while evil acts demand punishments. 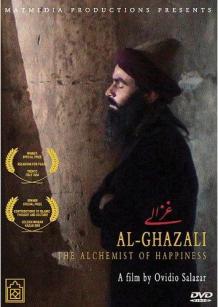 2. The Ihya’ Ulumiddin was written by the Proof of Islam Hujjatul Islam, Imam Abu Hamid Al-Ghazali a Scholar of Islam and a Sufi. The book is his magnum opus and one of the most important and comprehensive books ever written by an Islamic scholar. The Great Saint and Gnostic Imam ‘Abdullah Al-Haddad was instructed by people in the Barzakh (i.e. the Intermediate world after death, between this world and the Resurrection) to read books by Imam Al-Ghazali such as the Ihya’ Ulumiddin. Many Habaibs (descendants of the Prophet sallaAllahualaihiwasalam) who are scholars, saints and men of piety recommended reading the Ihya’ due to its comprehensiveness and effect on the soul. Habib Abu Bakar As-Seqqaf of Gresik was said to have completed the study of the book with his students 40 times.

Here is a poem written by the Imam may Allah bless his soul, written just before his death, the time of which was revealed to him by Allah as a gift for the elect of His servants…

May Allah raise Imam Al-Ghazali’s rank in paradise further and grant us benefits from his knowledge. 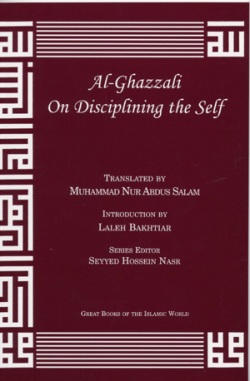 Books such as this one is available at Wardah Books.