A scholar of great knowledge once visited a Sufi Sage. He was very pleased to be visiting the Sage and, started talking and talking to show how much knowledge he had.

Finally the Sage said, “Let me pour you some tea,” and began pouring tea for his guest out of a teapot. He kept pouring until the teapot was full, and began to overflow onto the table.

The scholar was surprised. “What are you doing?” he asked. “You are as full as this teacup,” said the Sage. “How can I put anything in it, when it is overflowing already?”

One must therefore visit a Sufi sage with an empty heart, with a humility that is receptive to whatever the sage may choose to put in there. If one’s heart is already full – of pride, of worldly concerns- one can receive nothing. The scholar in this story was obviously a person with too much tea in him.

The following is an excerpt from Bidayah al-Hidayah by Imam Ghazali r.a. may Allah make it easy for us to practice these adabs. Amin

The Proper Conduct for a Student

On the authority of Abu Dharr, Rasulullah s.a.w. said, “Part of the goodness of a man’s practice of Islam is that he abandon whatever does not concern him.”

A shaykh we know, may Allah be pleased with him said, “Wara’ is seclusion.” It is mentioned in the Risala of Qushayri that, withdrawal from those of his own kind is indispensable for the seeker in the beginning of his state, and then seclusion in the end (the desire of which comes naturally), because of his attainment of intimacy with Allah. This is because they have tasted the sweetness of being alone with the One. Wara’  according to Imam al-Haddad is the avoidance of not only everything that is haram but also everything that is syubhah. The Imam endeavored to be well-informed about everything that either came into his possesion or proceeded from it. This, he did without exaggeration and without obsessively prying into the affairs of others, keeping the golden mean.

Some musk from the spoils of war was brought to ‘Umar b. Abd al-‘Aziz, who held it to his nose and remarked, “The only benefit to this is its scent, and I hate to think that I alone sholud smell it without all the Muslims sharing it.”

O young man, do not occupy yourself with that which is irrelevant to you so you miss that which is concerns you! Thinking of the states of another person and his faults are things that are of no concern to you, while reflecting on your states is your concern. Do not spend time in the company of neighbours, friends and acquiantances without good reason, for that is an illusion. Most of the lying takes place between two, and disobedience doet not happen but between two. None of you should go out of his home except to pursue essential personal nad family interests.

Make every effort not to be the first to speak and that your speech is only in answer to a question. When a person asks you about something, answer him only when there are benefits for both of you in responding to him, otherwise do nt answer him. When you see a muslim brother, do not ask him, “Where are you going to?” or “Where are you coming from?”. He may be unwilling to answer you about his personal affairs so he would lie and in result it would be you who pushed him into lying. 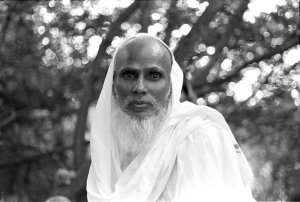 Allah ta’ala  said, “Moses said unto him, ‘shall I follow thee that thou might teach me the right guidance taught unto thee?” Qur’an 18:67

Know that in order to travel the path of religion and reach the realm of certainty, a perfect shaykh and guide, well-acquianted with the way and possesed of sainthood and spiritual efficacy (i.e. the ability to affect, unseen and unhindered, the inner state of the seeker/murid) is essential.

“My Saints are beneath My Domes, none know them but I”. Despite his perfection of rank as a prophet and of degree as a messenger and despite his being a possesor of firm resolve, Moses, upon whom be peace, had to serve the Prophet Shu’aib continously for ten years until he was fit to receive the honour of conversing with Allah.

Then after gaining the tablets with the commandments and the leadership of the Twelve Tribes of the Children of Israel, and receiving the entirety of the Taurat  from the Divine Presence – after all this, in the school for the learning of innate knowledge, he had to request the alphabet of following from the teacher Khidr. – see verse 18:67. And then the teacher wrote the first inscription on his alphabet slate: “Thou will not be able to keep patience with me.” (18:68, 73, 76)  For see in reality –

A banquet where two thousand souls are sacrificed is no place for a loud, empty drummer.

Seduced, deceived, and outwitted upon this path is he who imagines himself able to traverse the limitless desert and attain the Ka’ba of union with the strength of his mere human footstep without guide or escort.

“Obey those who ask no reward of you (for themselves), and who have themselves received Guidance.” – YaSiin:21

Indeed the true mursyid/guide to Allah desires no reward/benefit from his disciples, having mastered renunciation. His desire is to follow in the steps of the Messengers in calling people to Allah  ta’ala. The Pole of Guidance Imam al-Haddad said, “…the shaykh should be someone who has recived the ‘Major Opening’ such that nothing of the disciple remains hidden from him. He is the healer who treats the ailments of the heart and therefore must be able to see clearly with the Eye of the Heart (basira) precisely what the disciple’s needs are at each stage of the journey and to intervene, even at a distance when necessary.”

Hence it is clear that the Shaykh must follow the Messenger both in his inward and outward states.

“…he whom Allah guides is rightly guided ; but he whom Allah leaves astray – for him will you find no protector to lead him to the Right Way (waliyya-murshidaa)” al-Kahfi : 17

to be continued insha-Allah…

Do they not contemplate within themselves? Allah has not created the heavens and the earth and what is between them except in truth and for a specified term. And indeed, many of the people, in [the matter of] the meeting with their Lord, are disbelievers.   – Ar-Rum, verse 8

Reflection is one of the higher forms of ‘ibadah as it is said that an hour of reflection outweighs years upon years of ‘ibadah. Through reflection of the Signs of Allah, the heart expands with lights of certainty and faith. It is unfortunate that mankind are usually to engrossed in their daily activities to have time for reflection. Furthermore, the prescence of ‘tools of distractions’ such as the TV, Internet, Games, not to mention the various gadgets available these days,  keeps the mind busy from being able to slow down, stop and reflect.

The mind of man can be likened to a ‘monkey’ that jumps from one thought to another, one desire to another. Thus, out of His Mercy Allah ta’ala, commanded ‘ibadah like dhikr, prayer and fasting to help silence and subdue the monkey mind and concentrate upon Allah. Praise be to Him for apportioning times in our daily routine for remembrance of Him wherewith our hearts find rest and peace!

May the following wonders of creations within ourselves(that we are often heedless of) which the verse earlier stated, increase our awe and certainty. Amin!

We will show them Our signs in the horizons and within themselves until it becomes clear to them that it is the truth. But is it not sufficient concerning your Lord that He is, over all things, a Witness?   -Fussilat, verse 53.

Of course, besides our own created form, we are urged to reflect upon the verses of the Qur’an, the briefness of our life in this world, the Ressurection Day, the Hereafter, other creations of Allah. The best method to do reflection as told by our Shaykh is to be in wudhu’ (pure mental and physical state) and while doing dhikrullah.

The Difficulty to understand the Hereafter

If there was method by which a baby in the mother’s womb could be told that he has to leave the world in which he was, to go forth into another world which is much more spacious and where there are waterfalls, trees, the ‘pillarless’ sky, animals, peoples, sun, moon, different hues of colours, smells and sounds, the baby will not believe such a description.

And if whatever trees upon the earth were pens and the sea [was ink], replenished thereafter by seven [more] seas, the words of Allah would not be exhausted. Indeed, Allah is Exalted in Might and Wise. – Luqman, verse 27 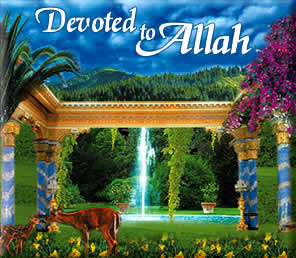 On emerging from the womb, after several years, he comes to realise the intricacies of this world. However, there are still some aspects of a human life which he does not become aware of till he attains maturity. The next world stands in the same relationship with this material world as does the latter with the mother’s womb. Matters of the world to come is incomprehensible to us in this world. That is so even soon after death. The soul is therefore retained in barzakh where the soul achieves understanding of some things of the other world. The other world holds such pleasures before which pleasures of even the worldly days of adulthood or maturity are nothing. The short duration of the pleasures of adulthood is itself an argument of its lowliness!

1. for further facts of the human body to marvel at :- www.evidencesofcreation.com

2. an Excerpt from Tarbiatul ‘Ushaq – The Training of Divine Lovers with minor modifications